became a bright and sporting addition to the center 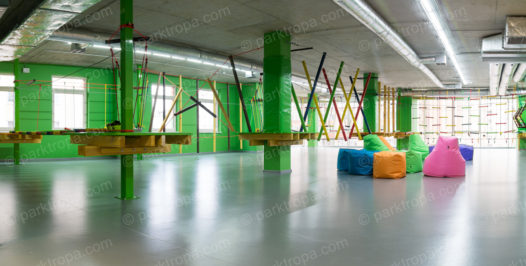 Small visitors of the center can try themselves in the role of a young climber and work with real equipment.